Non-destructive testing equipment for primary screening
CTS-02v4 was developed after the collapse at a railroad tunnel in 1999. Existing inspection methods were insufficient to assess the condition of concrete in terms of measurement accuracy, convenience of data analysis, objectivity and traceability of measured data. CTS-02v4 is an ideal non-destructive testing equipment to solve these issues. Estimated compressive strength of target concrete will displayed on the display right after the hammer blow, and the data can be transferred to your PC with USB connection.
Contents
1.Applications
2.Comparison
3.Specification
4.How to Use
5.Basic Principle
6.Typical Measured Waveforms 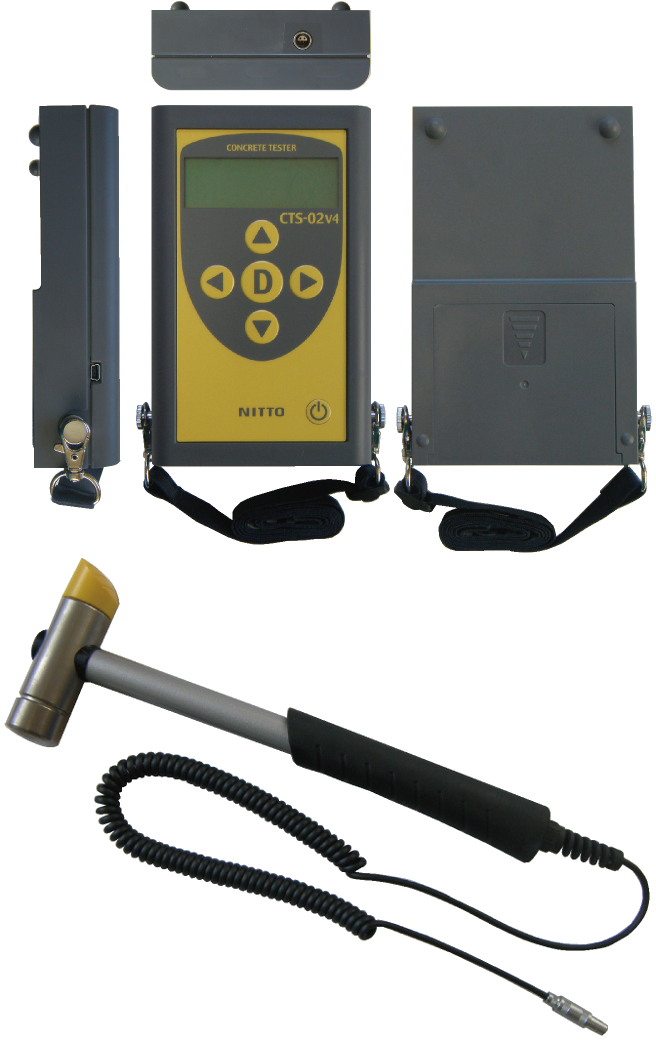 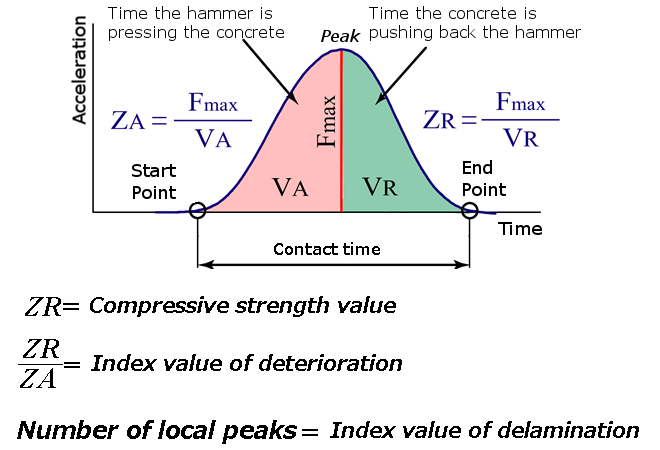 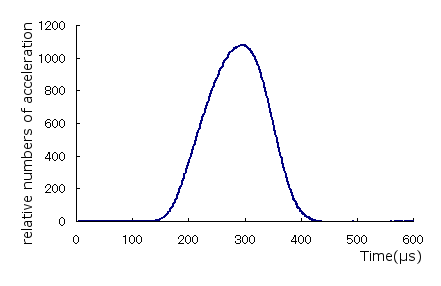 ●Measured waveform of sound concreteThe shape of waveform will be symmetry. Since concrete is not perfectly elastic body, first half of the waveform shall contain an influence of elasticity of surface layer. 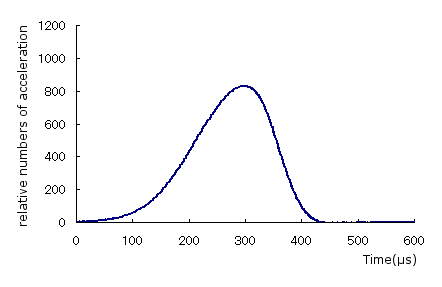 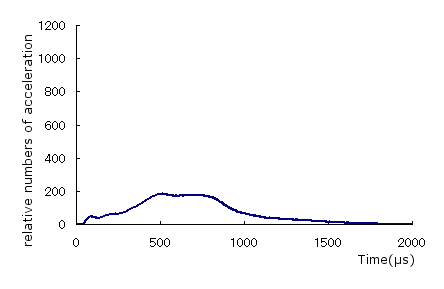 ●Measured waveform of concrete with delamination near the surface (2) When the concrete is seriously damaged (delaminated), decent waveform cannot be measured.